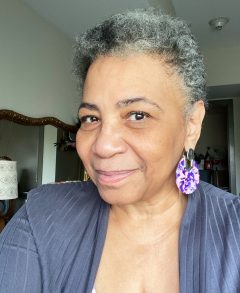 Elizabeth Means-Binns of St. Francis Villa said her 13 grandkids and 10 great grandkids keep her engaged as a vital link between generations, something the church celebrates on the July 24 World Day for Grandparents and the Elderly. 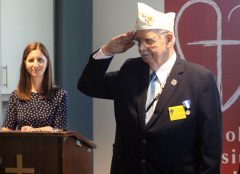 Catholic Housing and Community Services, U.S. Senator Pat Toomey and the Catholic War Veterans teamed up June 29 at St. John Neumann Place II to commemorate those who served the nation during the Vietnam War era.

Humanitarian aid from archdiocese up 86% in 2021 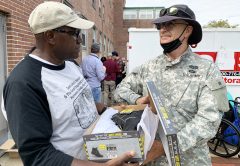 More than 639,000 area individuals, from kids to seniors, were helped by a wide range of support from Catholic Human Services, according the agency’s newly released annual report. 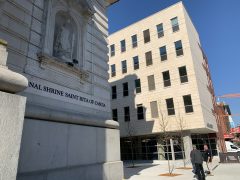 With 46 affordable apartments, a beloved national shrine next door and a long list of development partners, St. Rita Place is ready to welcome residents into a spacious complex blessed by Archbishop Nelson Pérez Nov. 10.

CCA is pleased to announce that Most Reverend Nelson J. Pérez has appointed Mr. Ernest W. Russom III as President of the CCA Board of Directors.

Catholic Housing and Community Services of the Archdiocese of Philadelphia (CHCS), in partnership with the office of United States Senator Pat Toomey, will host a pinning ceremony honoring Vietnam-Era Veterans of the Armed Forces of the United States of America.

Archbishop Nelson J. Pérez Presides at Catholic Housing and Community Services of the Archdiocese Of Philadelphia’s Blessing and Dedication of Saint Rita Place

The 46-unit facility will provide affordable housing for senior citizens in South Philadelphia.

This morning at a special ceremony, Catholic Housing and Community Services of the Archdiocese of Philadelphia (CHCS) broke ground for Saint Joseph Place, a new affordable housing community for independent seniors in Collingdale (Delaware County).